We use expression language to work with variables, arrays, functions, objects, and operators in the Convoworks Editor.

Differences from the base Symphony implementation:

To evaluate an expression, we use the JUEL syntax. For example, you have a variable called service_name, and to output the value in the Text response element, you have to use this syntax: ${service_name}.

Or, you want to evaluate this comparison in the IF element: result.value > 5 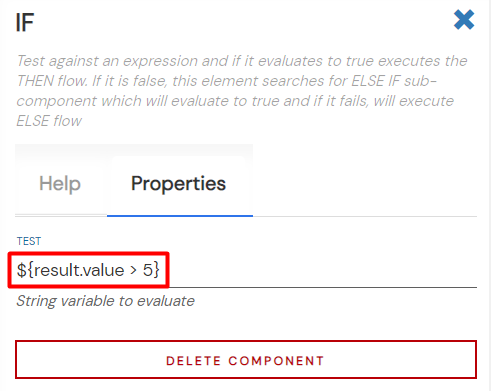 You can use variables to mix static text with dynamic values when outputting display or speech, to test and adjust workflow (IF) or to dynamically set component properties.

The variable values are by default strings. So, when you’re setting them, if you want to define the value type as anything other than a string, you have to evaluate it.

Look at the following examples:

There are two things to consider whenever you’re creating a variable: whether it’ll be a runtime or service variable.

Service variables are created on the Variables page and can be used in the Editor just like other variable types. The differences are that they are available everywhere in the service – which means all service components can access them – and they cannot be updated during runtime, however, they can be shadowed.

You can use them for setting service constants/config like the service name, URLs to data sources, base paths, numeric constants like max number of players, etc.

When setting the variable, some elements let you choose its scope. 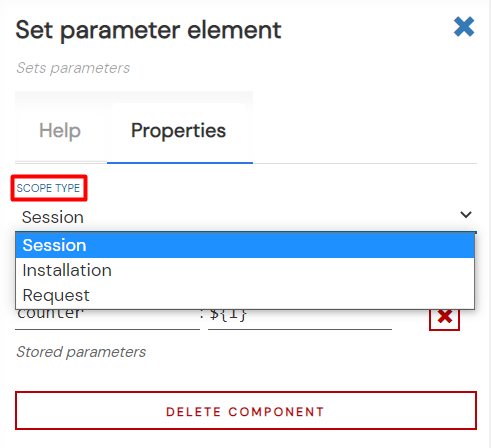 Scopes define for how long a particular variable is available. There are three scope types:

When you define two or more variables with the same name but different scopes, variable shadowing will occur. In other words, one variable will shadow (hide) the other/s. Each variable type has a defined priority, and the lower priority variable/s will always be hidden by the higher priority one.

Starting from the lowest to highest priority:

There’s a third type of variables which are built-in, and available on either the block or service level.

System variables are the third types of variables available in ConvoWorks. They are built-in and are injected into the evaluation context by running components (service, block). But you can access them just like any other variable.

Some of our components return complex data structures like arrays and multidimensional arrays that you can then use in your workflow. Expression language allows us to access those values. E.g. to access sub-array: ${someArray[‘field’][‘subfield’]}.

But you can also define arrays yourself either as service variables or using the Set parameter element. In both cases, you define key-value pairs.

Below, you can see two different notations using square and curly brackets which you can use to create associative arrays:

As you can see, using curly brackets, you can add multiple values at once while using square bracket notation, only one at a time.

Notice that we don’t use curly brackets notation when creating indexed arrays.

Here’s an example of creating and assigning values to a multidimensional array: 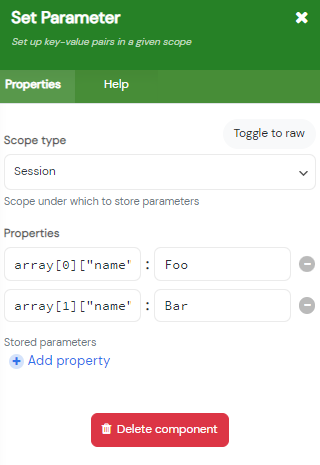 You can also use existing variables for setting index number or setting array values:

Important note: Do not mix JUEL notation with the square brackets notation. For example, if you have an array of user objects, do not do use this syntax:

Instead, write out the expression using only square brackets, like this:

You can also use different functions to manipulate data in the expressions. You can view the list of all PHP and custom functions available to you here: Functions

Here’s a simple example with PHP’s is_numeric function and the IF element: 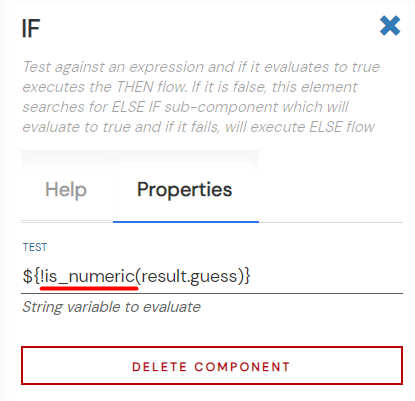 We’re using the NOT operator and is_numeric function to evaluate whether the slot result isn’t a number.

Here’s another example, this time with two custom functions, ordinal and human_concat in the Text response element:

The Status variable of the Trivia Scores element provides player names, their rank, and scores. We’re using it here to output the rank and names of the players with the same score. The ordinal function converts the cardinal rank number into an ordinal number, while the human_concat function converts an array of names into a sentence with the ‘and’ conjunction at the end.