Trivia Multiplayer is one of the templates you can select during service creation. You can use it to quickly create your own trivia multiplayer game. 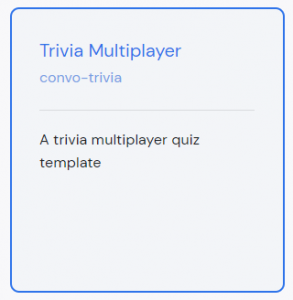 The service always checks if the game was interrupted in the previous session. If that is true (the finish variable must be null and the playersTotal variable has to have a value assigned), the user is asked if they want to continue where they left off. This prompt varies depending on at which point the game was interrupted. Once the appropriate phase is determined in the Read Phase of the Home block, the accompanying prompt is outputted to the user. 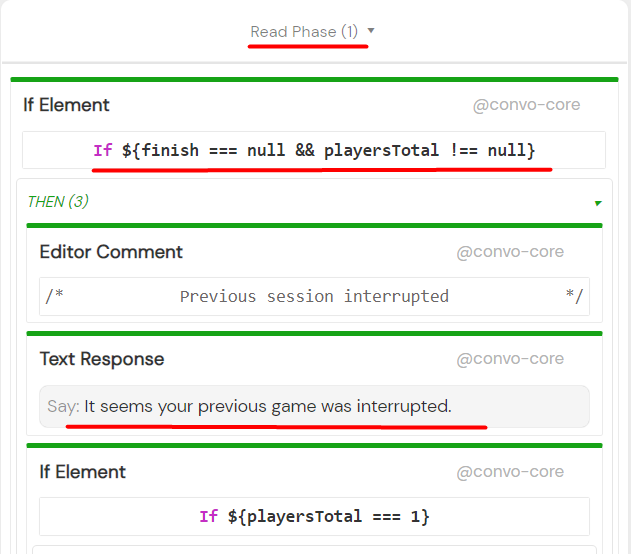 If the user answers in the affirmative – yes they want to continue, two phases of the game are taken into account in the Process Phase. 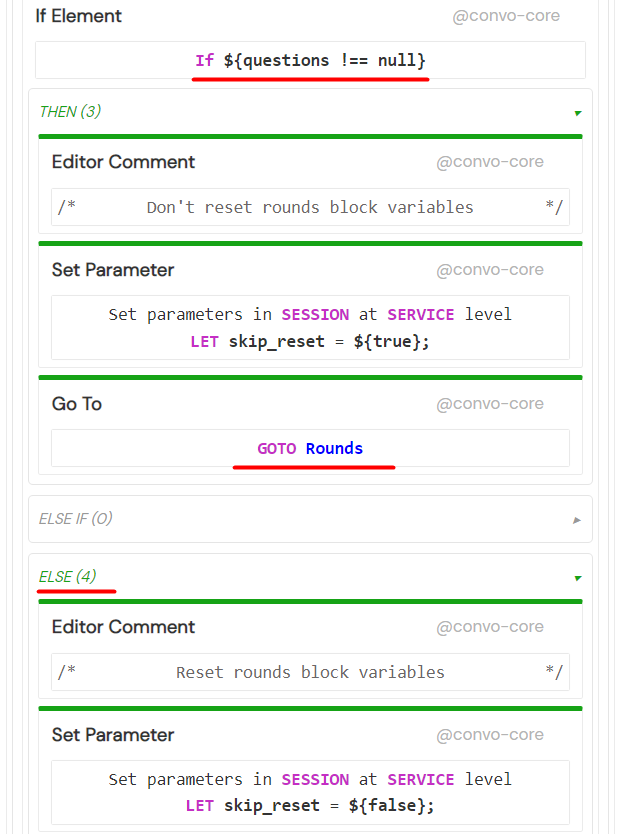 If however the previous game wasn’t interrupted, the game moves on to the Set player count block. 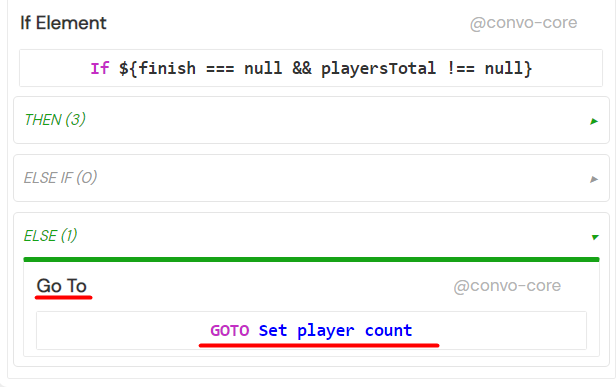 New game variables are initialized and the user has to select how many players want to play the game with one being the minimum and four being the maximum number.

After the number of players has been set, each player gets assigned a number and the game moves on to the Choose trivia category block. 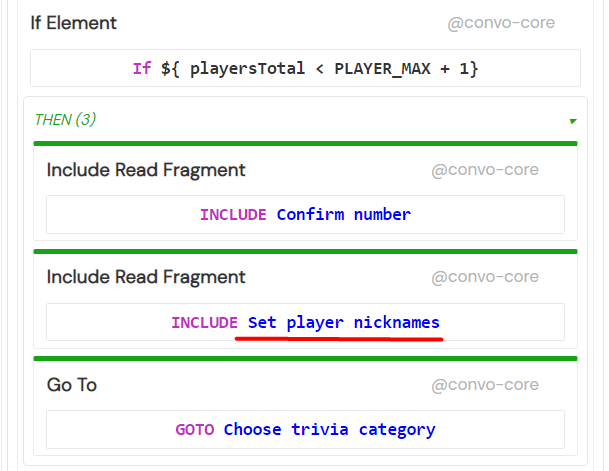 There the player/s can choose between five categories. After that, the game moves on to the Rounds block.

It has its own built-in intents but you can add Additional Intent Readers and additional processors like the Repeat question processor in the Other processors container.

You can also access the question_index, user_index, and boolean last_question. Status variables are most commonly used in LOOP blocks or elements as context variables for resolving iteration results. In this template, we simply named the variable ‘status’.

Since this is the multiplayer version we entered the players array expression in the Users field. The players array contains player names and scores and we can access both under the status variable name during iteration.

We use the skip_reset variable to avoid resetting Trivia Round block status variables after the round was interrupted.

The Trivia Round block stops the question iteration after the last question is answered. The Done container executes and we move on to the Finish block. The finish variable is set to 1.

It lets the game knows it was finished in case it was interrupted before the session ends.

After that, the score is calculated and outputted using the Trivia Scores reader.

This enables you to access different values under Status variable name. You can access the current player name, or names array when multiple players have the same score. You can also access score, rank, and check if it’s the first or the last ranking player. 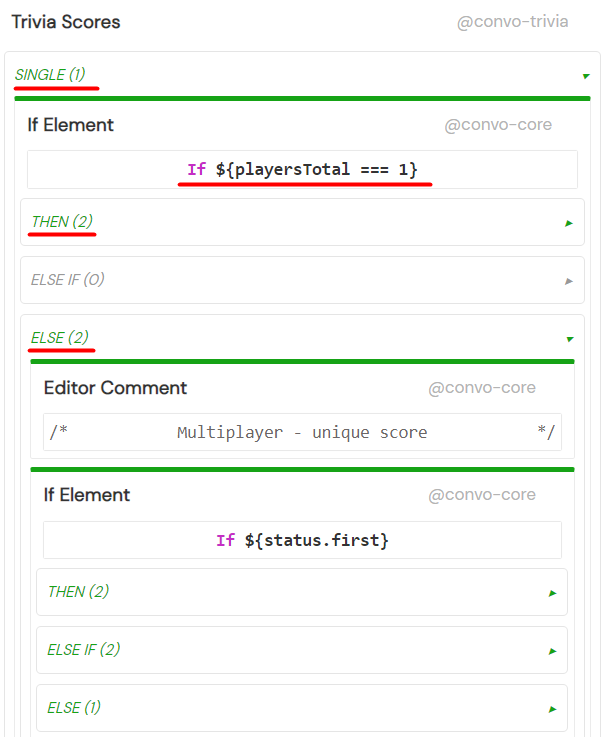 And, as you can see, you can use Trivia Scores Reader for both scenarios.

You can easily customize the number of question rounds per game, change the max number of players, add or remove categories and change the service name. Simply switch to the Variables panel and there you’ll see all the values you can modify. 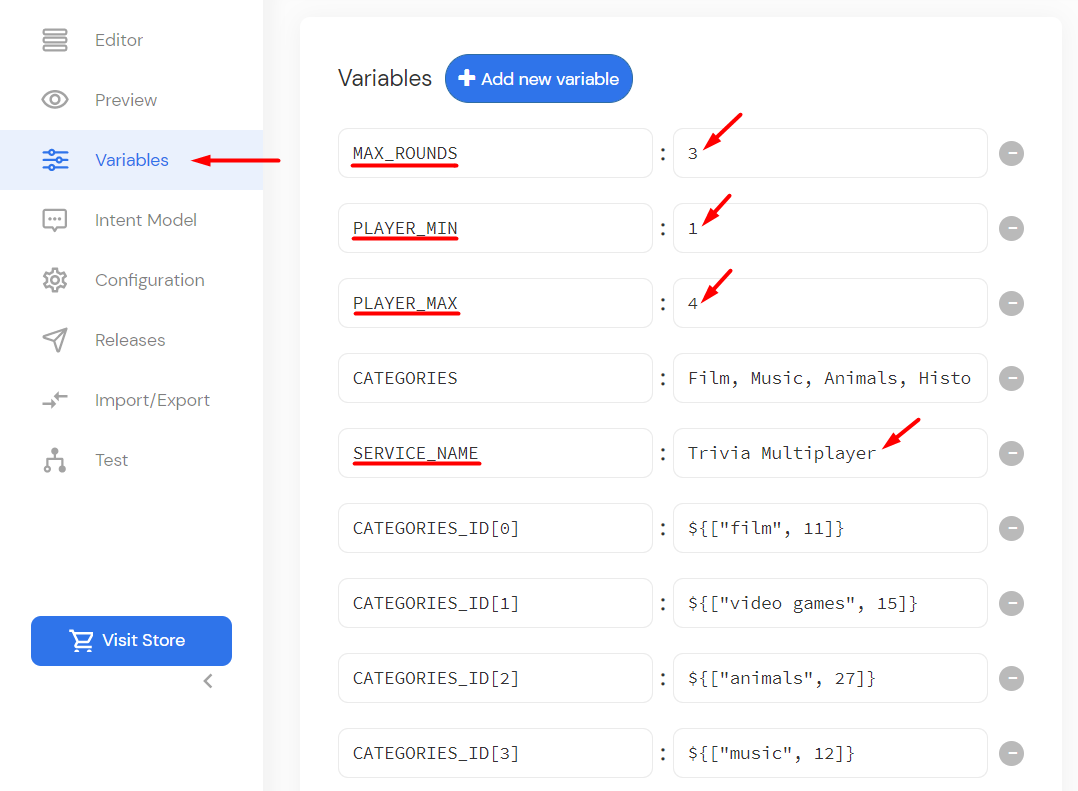 To change the max number of players, edit the PLAYER_MAX variable.

We get our questions data from the Open Trivia Database API. We calculate the number of questions for API calls in the Load category and questions init fragment by multiplying the MAX_ROUNDS and totalPlayers variables.

To add a trivia category, if it’s not already listed on the Variables panel, you’ll need to add the category’s id. You can view all available categories and the corresponding id’s here: https://opentdb.com/api_category.php.